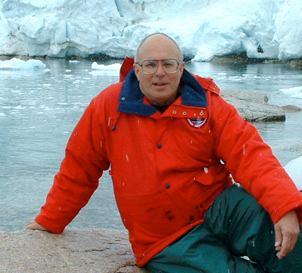 Larry received his B.A. from Swarthmore College and his M.A. and Ph.D. from Princeton University, the Ph.D. in 1965 with a dissertation entitled SO(3,R) —Homogeneous Cosmologies.  After spending two years as a Post-Graduate Research Physicist at the University of California, Berkeley, he came to The University of Texas at Austin in 1967 as an Assistant Professor and was promoted to Associate Professor in 1970. In addition to his numerous papers, he co-authored the book Homogeneous Relativistic Cosmologies (Princeton University Press, 1975) with Michael Ryan.  He co-authored the book Classical Mechanics (Prentice Hall, 1991) and co-edited Spacetime and Geometry—The Alfred Schild Lectures (UT Press, 1982) with Professor Richard Matzner.  Larry was a noted teacher and mentor, and he directed at least 14 dissertations and five master’s theses.  From 1971 to 1995 he was Associate Director of the Center for Relativity.  Larry served the Physics Department in several capacities, including as Vice-Chair for Graduate Affairs and Graduate Adviser, departmental Minority Liaison Officer, and several others.  Larry retired from the UT faculty in 1995, but he remained active and in close contact with colleagues in the Physics Department, even serving on dissertation committees until last fall.   Larry Shepley had many friends who will miss him greatly.

Photo at left is of Dr. Larry Shepley in Antarctica in 2001.