Apr 09 Posted by Mary A Holt in News 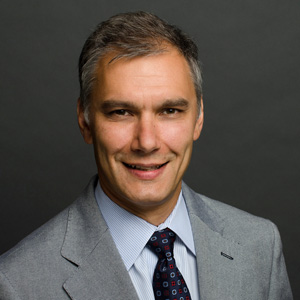 ICES Professor and Professor of Physics Alex Demkov has received the Recognition for Excellence in Leadership Award from the American Vacuum Society to honor his work in research and mentoring.

“Thank you for your outstanding activities mentoring our next generation of scientists and engineers, in addition to being a leading researcher,” said Amy V. Walker, board member and chair of the AVS Excellence in Leadership Recognition program.

The award seeks to “recognize individuals who not only excel in science and/or engineering, but who also, through mentoring, have enhanced the careers of future generations who might not otherwise have considered or had access to opportunities in science, engineering, and technology.”

The committee specifically noted Demkov’s creation of “Alice in Wonderland,” a summer physics experience for girls. In response to his concern about the small number of women pursuing physics, in 2005 Demkov conceived and organized the program for high school girls to receive a $1,000 stipend and work in a research laboratory at UT Austin for at least a month. In addition, students participate in a short course during June, and attend lectures from faculty and graduate students. Inspired by a student request, Demkov single-handedly created the program, obtained stipend funding, created the website, solicited and reviewed applications, organized assignments to research labs in the summer, organized the summer course, and organized celebratory events.

Demkov earned his Ph.D. in theoretical physics from Arizona State University. He is professor of physics and affiliated with the ICES Center for Computational Materials.

Research in the Demkov group is focused on materials physics, and specifically on the properties of oxide materials and heterostructures. He studies transition metal oxides where using the subtle interplay between competing energy scales in the d- and f-electron manifolds one can realize different forms of order and control their strength, mutual coupling and correlation lengths. He uses density functional theory to predict the properties and molecular beam epitaxy to create oxide heterostructures.

Demkov is a fellow of the American Physical Society (APS) and recipient of a National Science Foundation CAREER Award. In 2011 he received the IBM Faculty Award. He has published more than 90 research papers, and has been awarded seven U.S. patents.

Demkov co-authored the 2005 edition of the Semiconductor Roadmap, and has served as associate editor of the “Journal of Vacuum Science and Technology,” and guest editor for several issues of the journal “physica status solidi (b).” He has contributed to several books and edited two.